The Hungarian-American Enterprise Scholarship Fund (HAESF) was founded in 2004. Since then, we have helped more than 400 high-achieving and accomplished Hungarians gain professional skills in the United States.

Amid the disintegration of the former USSR, the United States Congress enacted the Support of Eastern European Democracy (SEED) Act, which authorized the creation of “enterprise funds” to assist the development of private market economies in Central and Eastern Europe. Between 1989 and 1994, the U.S. Congress, through the U.S. Agency for International Development (USAID), appropriated a total of $1.3 billion to establish ten new investment funds, known collectively as the Enterprise Funds.

The Hungarian-American Enterprise Fund (HAEF) – the predecessor of HAESF – was one of these funds. It was established in 1989 with a grant of $72.5 million and functioned as a unique, Western-style venture capital fund. HAEF invested in existing and new Hungarian companies and took an active role in assisting them with strategic and financial planning, training, and identifying strategic partners.

In addition to promoting free enterprise in Hungary, HAEF was able to realize financial success from many of its investments, resulting in a substantial pool of capital available at the end of its fifteen-year active investment period. HAEF liquidated its portfolio with the intention of returning half the funds to the U.S. Treasury and creating a scholarship fund with the other half. HAESF, the Hungarian-American Enterprise Scholarship Fund, was thus established as an independent not-for-profit organization – a major legacy fellowship program to further improve the economic development in Hungary by providing accomplished Hungarians with professional training opportunities in the United States.

CIEE: Council on International Educational Exchange is responsible for the administration, management, and program support for the Hungarian-American Enterprise Scholarship Fund.

Founded in 1947, CIEE is the country’s oldest and largest nonprofit study abroad and intercultural exchange organization, delivering the highest-quality programs that increase global understanding and intercultural knowledge. We provide participants with skills, competencies, and experiences that elevate their ability to contribute positively to our global community.

CIEE is designated by the U.S. Department of State as a J-1 visa sponsor of programs such as Intern, Trainee, and Research Scholar. 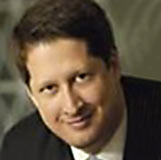 Prior to co-founding NaviMed, Mr. Schwarz was a Managing Director and Global Partner of The Carlyle Group, focused on North American venture and growth capital opportunities in the healthcare sector. Throughout his 14 year tenure with Carlyle, Mr. Schwarz led the healthcare investing practice in the U.S. Venture and Growth Capital group.

Mr. Schwarz also has substantial professional and charitable involvement in Eastern Europe. He currently serves as President of the Hungarian-American Enterprise Scholarship Fund, a Congressionally-chartered charitable foundation. Earlier in his career, he completed internships with the Hungarian-American Enterprise Fund in Budapest and with the European Bank for Reconstruction and Development in London. He also serves on the Board of Directors of the George Mason Research Foundation, and was previously on the Board of Directors of the Mid-Atlantic Venture Association. Mr. Schwarz is married with two daughters. He and his family reside in Washington, DC. 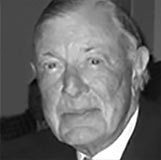 Mr. Gould was vice chairman of Klingenstein, Fields & Company, an investment management firm since 1989. From 1985 to 1988, he was undersecretary for finance of the Department of the Treasury. At the request of President Regan, Mr. Gould chaired the Working Group on Financial Markets to examine the effect of the October 19, 1987 stock market crash. Prior to that he was a general partner with Wertheim & Co., Inc., and chairman of Madison Resources.

Mr. Gould is a graduate of Andover, Yale, and the Harvard Business School. He was made an honorary Doctor of Laws by New York University.

Mr. Gould was the presiding director and chair of the Board’s Governance Committee and Finance Committee at Freddie Mac. He previously served as chairman of the American Hungarian Enterprise Fund for the U.S. Government in Budapest. 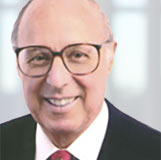 We are deeply saddened to report Mr. Scocimara’s passing in November 2021.

From April 1994 through its liquidation in 2011, Mr. Scocimara served as President and Chief Executive Officer of the Hungarian-American Enterprise Fund (HAEF), one of the Enterprise Funds established by the 1989 Support for Eastern European Democracy (SEED) Act of the U.S. government.

Mr. Scocimara was born in Alexandria, Egypt. He received his lic.oec from University of St. Gallen in Switzerland and held an M.B.A from Harvard Business School. He was a dual citizen of the United States and Switzerland and fluent in six languages. He resided in Greenwich, Connecticut and is survived by his  wife, children, and several grandchildren. 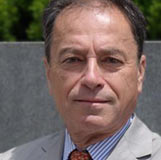 Mr. Simonyi is Managing Director of the Center for Transatlantic Relations at the Paul H. Nitze School of Advanced International Studies (SAIS) at the Johns Hopkins University.

Previously, he served as deputy chief of mission at the Hungarian Mission to the European Community and NATO in Brussels. He then served as head of the Hungarian NATO Liaison Office in Brussels and played a pivotal role in preparing Hungary’s NATO membership. He served on the NATO Council as first Hungarian permanent representative from 1999 to 2001.

Mr. Simonyi holds a Ph.D. in political science and is a frequent lecturer on security issues, transatlantic relations, and the problems of military reform and NATO enlargement.